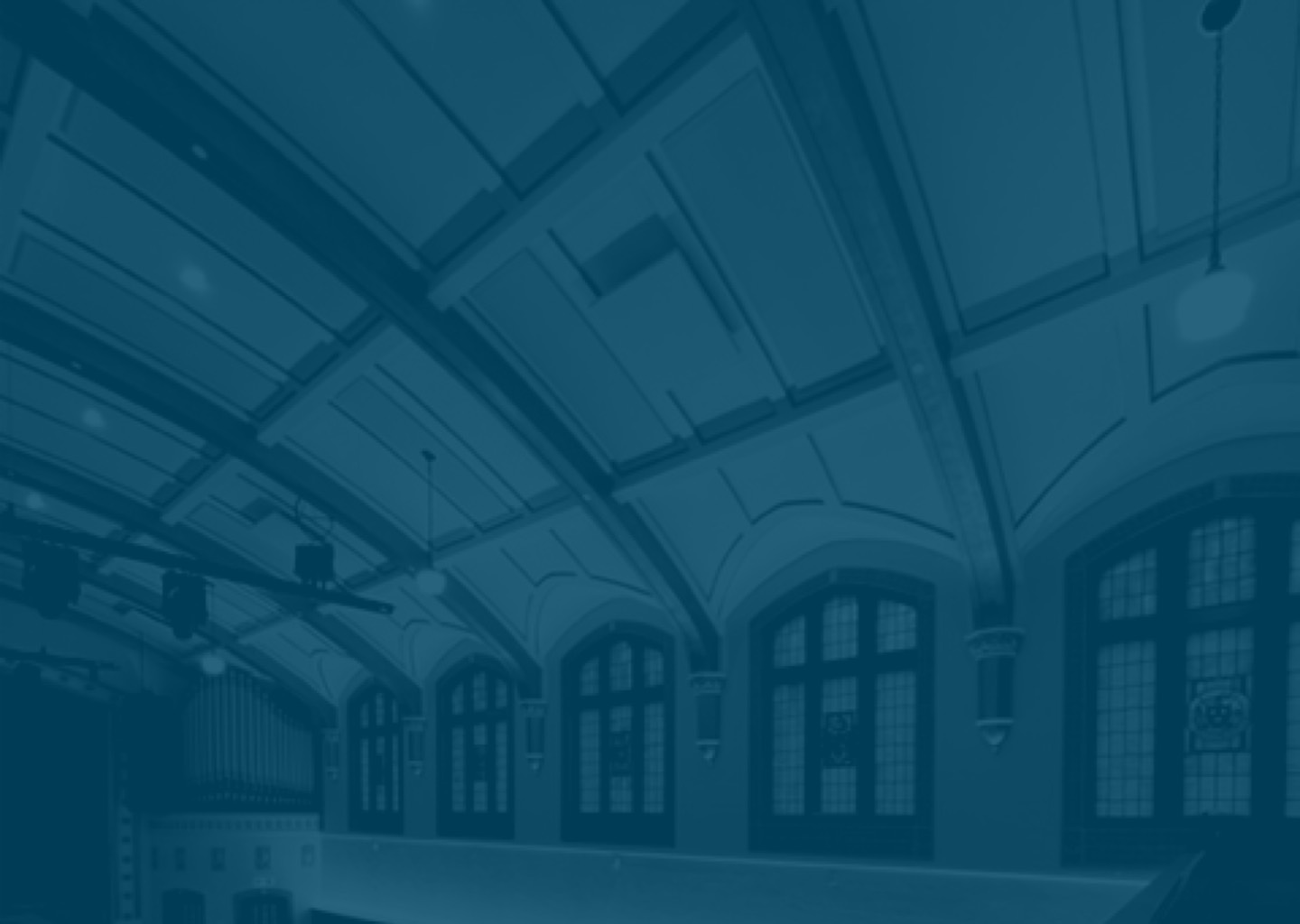 Darke Hall takes its name from Francis Nicholson Darke who was a prominent Regina businessman in the late 19th and early 20th century. During his career he served as Mayor of Regina and as a Member of Parliament. Mr. Darke’s philanthropy was instrumental in the establishment of Regina College in 1910 (which eventually became the University of Regina) and Darke Hall for Music and Art which opened in 1929.

For many years, Darke Hall served as the home of the Regina Symphony Orchestra and as the main performance venue for the Conservatory of Music. For almost a century, Darke Hall was a cultural hub for the city. It was prized by artists and patrons for its outstanding acoustics and gorgeous interior.

In 2014, the University of Regina launched a major campaign to restore Darke Hall to its original glory. Over a six-year construction process, the hall was transformed into a modern, accessible venue while maintaining and refurbishing its architectural heritage.

Darke Hall is a 474-seat premier concert and performance venue focused on programming and promoting the work of local, national, and international artists. In partnership with the University of Regina, the non-profit Darke Hall Society offers a state-of- the art venue where artists and arts organizations can thrive in an environment that is affordable, accessible, and respectful of diverse artistic and cultural practices.

Where is Darke Hall?

Darke Hall is located at 2255 College Avenue, just east of the Conexus Building. There is some parking available in front of the venue and there is a large parking lot on the south side of the building.

How do I enter the venue?

You enter through the Link which is the green glass atrium connecting Darke Hall to the Conexus Building. The Link is fully accessible with doors on both the north and south sides of the building.  There is no longer an entrance through the original heritage doors on the front of Darke Hall.

How do I buy tickets for Darke Hall events?

What are your COVID-19 protocols?

MASKING:  Masks are not required to be worn in Darke Hall, however we do strongly encourage the wearing of masks, particularly in common areas such as the lobbies and auditorium.

PROOF OF VACCINATION:  Proof of vaccination is not required to attend events at Darke Hall.

The Darke Hall Society will continue to evaluate the situation and will make any changes to these policies as needed.

What will happen if an event is cancelled?

We will reschedule the event for a later date, offer ticket refunds, or you will have the option to donate the value of your ticket purchase for a charitable tax receipt.

Where do I find a seating map of Darke Hall?

Click here for the seating map for Darke Hall.